14. November 2019November 14, 2019 #Development Research#Researcher
The Film Days 2019 have been organised within the framework of this human world - International Human Rights Film Festival and the APPEAR programme.

The Film Days Wissen.Schafft.Entwicklung. present development-relevant research and cooperation at a classical place of encounter – the cinema. The focus is on film and discussion about development policy issues of global relevance.

18:05 After your Revolt, Your Vote! (French with English subtitles)

This film provides an insight into the Burkinabe popular uprising of 2014, which was inspired by the ideas of the murdered revolutionary and president Thomas Sankara. In the country's history of resistance the peaceful street protests lead to the overthrow of the regime.

After the film we will discuss (in English) with Dominique Ouedraogo, scholarship holder in the APPEAR project LoCaBreed and doctoral student at the University of Natural Resources and Life Sciences, Vienna and the University of Dedougou in Burkina Faso, about the changes in the country.

The multi-award-winning film tells the story of two young people who are keeping their love secret in the turmoil of the Ethiopian civil war because of religious differences. Between exciting feelings and dangerous routine we are looking at a culturally, religiously and politically complex society.

After the film we will discuss (in English) with Girum Gebremariam, scholarship holder in the APPEAR project AAPLHRE and doctoral student at the Karl-Franzens University of Graz and Addis Ababa University, about the upheavals in Ethiopia. 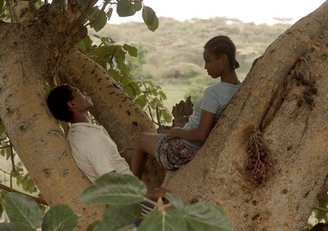